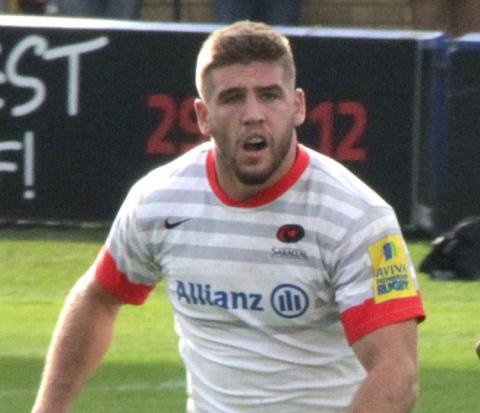 Having first joined Saracens at just 14 years-old, Will Fraser is yet another product of the Saracens academy that has gone on to excel at the senior level. Fraser is another player who has benefitted from being dual registered with Championship side Bedford Blues and also had a spell with the Western Province Academy in 2009.

He first made the step up in the 2011/12 season following a series of international call-ups and injuries, but took the chance with both hands and ended the season as a regular in the back row. In that time he has been feature of the Sarries back row through some of their most successful seasons.

A fan favourite, not only on the pitch, but off it as well for his inspirational charity fundraising endeavours. Most notable of these is the £10,000 he raised for Great Ormond Street Hospital by shaving off his infamous beard following 2016 Premiership Final.

On the pitch he is firmly on the England radar having played for the Saxons. Only a series of unfortunately times injuries have kept him from full England honours but he is becoming harder and harder to ignore as one of England’s genuine number 7 options.