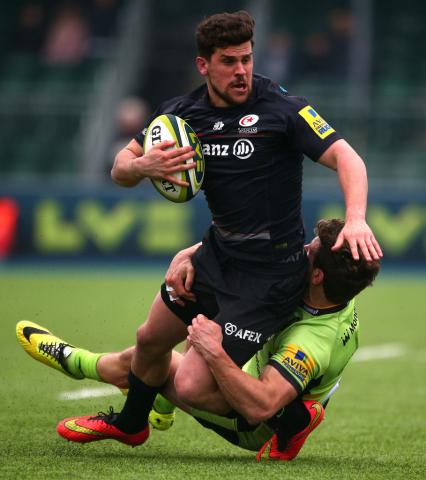 In his first season Streather made 13 appearances scoring a try against Clermont Auvergne at Twickenham Stadium in the Heineken Cup semi-final.

At home at either centre of the wing, he made his Nottingham debut in 2009 and went on to be named the club’s Player of the Year in his debut season.

He joined Saracens in the summer of 2013 and made his debut for the Club against London Wasps at Adams Park in the LV=Cup.

He was a key member of the Club’s A-League success in 2014/15 and was also at the heart of the Anglo-Welsh triumph that year.

Streather kicked off the 2015/16 season with a try against Sale Sharks in the opening round of the Premiership, and remains a dependable option for Mark McCall for the outside back places.