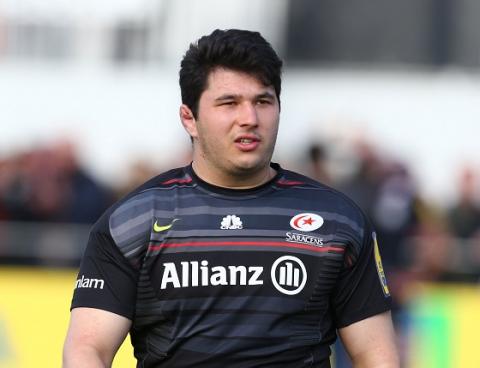 Scott Spurling is looking to kick on in the 2016/17 season after an injury hit period has side-lined the promising hooker.

An England U20s JWC winner in 2013 alongside fellow Academy forward Matt Hankin, Scott has been regular within the Saracens Storm side as his development continued at partner club Bedford Blues as well as making a series of appearances for the Club in the 2013/14 LV=Cup.

Spurling announced himself on the big stage during a Help for Heroes Charity match at Twickenham, where the fleet footed hooker raced away for a 60m try rounding former Wallaby back Joe Roff in the process. Immediate comparisons to Sarries hooker Schalk Brits followed after his wonder try, and his style of play is very much akin to the Men in Black’s star Springbok hooker.