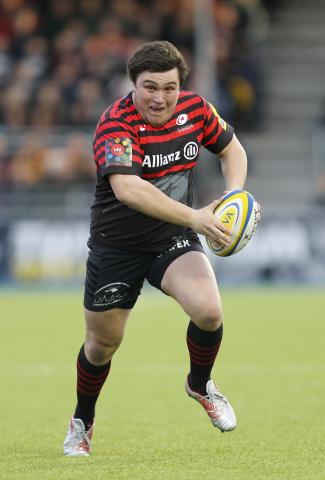 Over the last seven seasons Schalk Brits has cemented his reputation as one the Aviva Premiership’s finest ever imports.

The inimitable front rower has wowed English rugby ever since his arrival at the beginning of the 2009/10 season, with his caviller approach in the Sarries number two jersey winning him many admirers. Brits, who combines his natural flair with an abrasive approach in the middle of the Saracens pack, and has helped the Men in Black secure three Premiership titles and a maiden Champions Cup win during a highly successful period in north London.

Known for his laid back and amiable approach to life, Brits has dovetailed with England hooker Jamie George in recent seasons. He signed for Saracens at the start of the 2009/10 season, bringing with him a wealth of talent and experience at Super 14 and international level.

He joined from The Stormers franchise where he was a regular in the then Super 14s and has also been a mainstay of the Western Province side in the Currie Cup. Brits made his Springbok debut in 2008 and won his last cap in the Green and Gold in the 2015 Rugby World Cup.