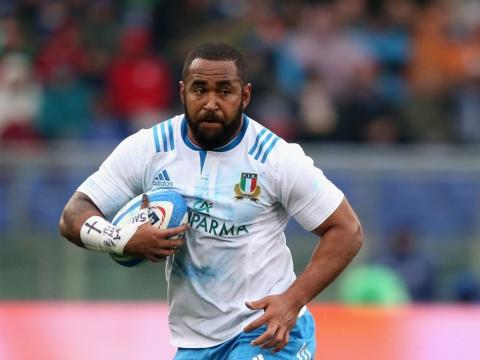 Italian international Samuela Vunisa arrived at Saracens in the summer of 2015. The Fijian born back row is a strong ball carrier with an eye for the try-line.

Samu played underage rugby for both the Fijian National Under-19 and Under-20 teams and began his professional career in 2009 at New Zealand side Taranaki.

Ex-Saracens hooker Fabio Ongaro signed Samu Vunisa when he was team manager at the Pro12 club Zebre in 2013, and Vunisa qualified for the Italy national rugby union team in Autumn 2014 under the IRB 3-year residency rule, winning his first cap for the Azzurri on 22 November 2014 against South Africa.

He went on to make his first Six Nations appearance for Italy in the defeat against England at Twickenham on February 14th 2015.

Vunisa has played twice against Saracens in his career. Both matches were won by Saracens in the Heineken Cup last season. However, Vunisa did score Zebre’s only try over the two games.