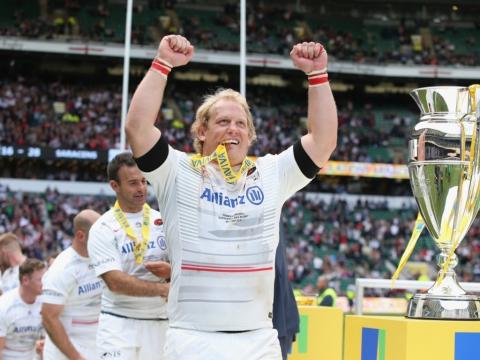 Du Plessis arrived at Saracens from Nottingham in March 2009 as a relative unknown following a string of stand-out performances for the Championship side that caught the eye of the Saracens coaching staff. He has since gone on to make his name as one of the country’s finest scrummagers and the cornerstone of the Saracens pack.

The South African born, but now English qualified prop served his rugby apprenticeship by playing his way up the lower leagues of English rugby. He arrived in England as a 19 year-old to take up an offer from Liverpool-St Helens Rugby Club before moving on to a number of traditional Northern clubs in the lower leagues years whilst studying for a 1st Class Honour degree in Physiotherapy at Salford University.

His impressive performances at every level earned him a move to Saracens after an injury crisis to the Saracens’ front row forced them to bring him in as cover. He showed his worth straight away becoming first choice starter and an essential part of the Saracens pack ever since. In his time at Saracens he has been at the heart of three Premiership Championships and one European Championship.