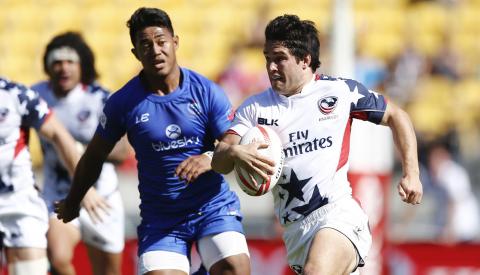 Pagopagohokma Haini began playing rugby as a child in Samoa. In 2008, he earned a scholarship to attend Churchie School in Brisbane, Australia where he would play rugby for the school's team. After his high school career, he returned to Samoa and played for both the Samoa U19 Team and the High Performance Unit as well. His premier rugby career includes playing teams such as Old Boy University and Marist St. Pats. He then went on to play for the Wellington U20 Team as well as the Wellington Samoans. Haini also had the honor of playing for the USA Eagles 7s team in both Wellington and Sydney. He has been very involved with the 7s team this season. Pagopagohokma Haini currently resides in Los Angles, California and plays for Santa Monica.