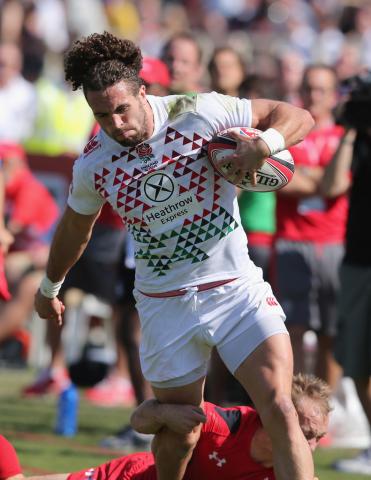 Mike Ellery first made his name in the championship as a powerful number 8 for Moseley, where his pace and running style caught the eye of the England 7s team selectors. He spent 2 years playing and making headlines in the 7s circuit as he got to travel the world representing England in the HSBC Sevens World Series. He and sister Megan achieved a unique double when they both played for England sevens teams at the Dubai Sevens in November 2013 — the first time England teams had featured a brother and sister.

With his strength, skill and speed he was identified as a player of enormous potential by the Saracens coaching team. He joined Sarries after the 2014 Commonwealth Games in Glasgow where his talents and Sevens experience saw a change of position to the wing.

He couldn’t have landed at a better club in which to learn his new craft as he got to learn from the experience of David Strettle and Chris Ashton during his first season at the club. He learned quickly and since the departure of Strettle before the 2015/16 season, he has seamlessly helped to fill the void to play an important part in the Sarries back line.