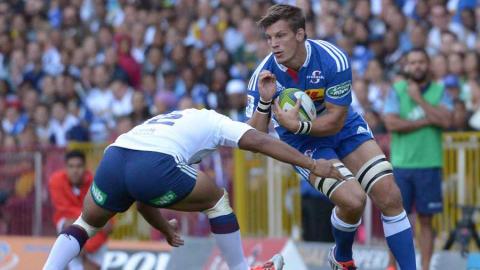 South African loose forward Michael Rhodes impressed in his first season with the Men in Black after joining the north Londoners in the summer of 2015 from South African Super Rugby franchise, Stormers.

A tough tackling and durable back rower, Rhodes made 27 appearances for Saracens in his first season with the north Londoners, and played a key role in the club’s double winning campaign - starting in the Aviva Premiership and European Champions Cup finals.

Rhodes started his professional career with the Sharks in Durban, and played for the Lions before joining the Stormers. He signed a three year contract with Saracens in the summer to remain at Allianz Park until 2019.