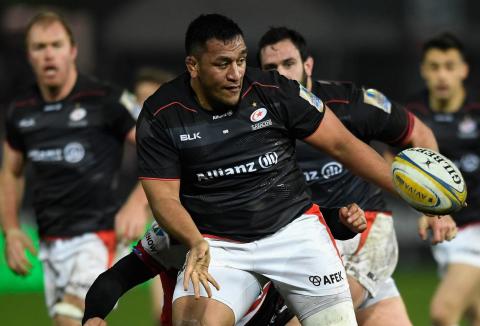 Mako Vunipola has developed into one of European Rugby’s leading lights. Since arriving from Bristol in 2011, Mako has gone from strength to strength in a Saracens jersey and has gone on to excel for both England and the British & Irish Lions.

He joined Saracens at the start of the 2011/12 season from Bristol as an England U20 international but injury hampered his first season with the club.

He also featured at England 18 level alongside his brother Billy and comes from a rugby dynasty with their father Fe’ao, a hooker, emigrated to Wales to play for Pontypool in 1998 and won 32 caps for Tonga, including appearances in the 1995 and 1999 Rugby World Cups.

The 2012/13 season proved to be a whirlwind year for the prop after not only cementing a regular starting place for Saracens, but also making his full England debut in the Autumn internationals and he carried his fine form into the Six Nations. The year was to end on an even greater note following his selection for the British and Irish Lions tour to Australia.

Mako is now regarded as one of the world’s finest looseheads, and is a regular in Eddie Jones’ England squad.