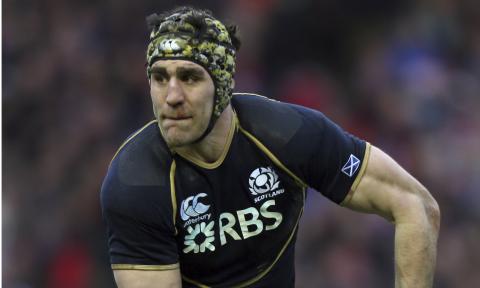 As a former Scotland captain, Kelly Brown brings a wealth of experience to the Saracens squad.

An industrious back row forward renowned for his work-rate and resilience Brown has enjoyed a highly successful period with Saracens since he departed Glasgow Warriors in the summer of 2010.

In his first season at the club he picked up his first Aviva Premiership winners medal, and was a member of the Saracens squad in both the 2015 and 2016 triumphs.

As one of the mainstays of the Scottish back row since being named as the SPRA Player of the Season in 2007, his impressive performances for both club and on the world stage saw Saracens move quickly to sign him at the start of the 2010/11 campaign.

He made his Scotland debut in 2005 and has been a regular on the international stage ever since having represented his country at U18. U19 and U21 levels. His pace and power were also evident when he helped Scotland to reach the quarter-finals of the Rugby World Cup 7s in 2005.

He represented Scotland in the 2007 Rugby World Cup and was then made captain of his national team in 2012.