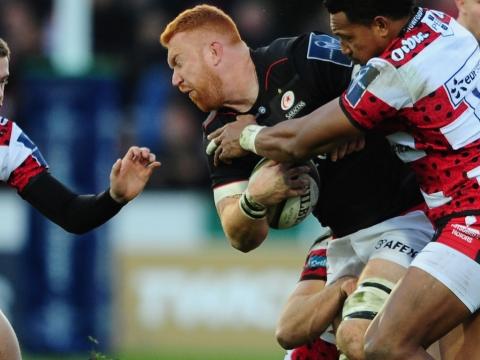 The English Junior World Championship winning back row forward joined the Saracens in the summer of 2015, reuniting with a number of his England U20s team mates in the Saracens Senior Academy.

The talented back rower made his debut for Exeter in November 2012 and went on to make 9 appearances for the South coast club, including an appearance against Saracens in 2015’s Anglo-Welsh Cup final.

During a loan spell at Bedford Blues in the 2015/16 season he managed to impress despite suffering an injury setback in pre-season. This has earned him a call up to the senior squad at Saracens for the 2016/17 season which began with a starting spot in the pre-season victory over Bedford Blues.