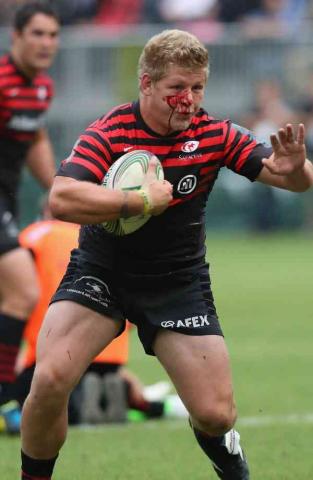 Hard hitting hooker Jared Saunders is entering his eighth season with Saracens. A product of the club’s famed academy, the South African front rower is vying for a spot with Schalk Brits, Jamie George and Scott Spurling.

Jared arrived at Saracens in 2010 from the Johannesburg outfit, Lions. Having spent time at Old Albanians, Plymouth Albion and Bedford Blues, Saunders was a key member of the victorious 2014/15 Anglo-Welsh Cup triumph.

Saunders was converted into a loosehead early into his career with the Club, but reverted back to his accustomed role of hooker to bolster Saracens ranks for the No2 jersey.

Committed, abrasive and feisty around the park, Saunders is an important squad player for the Club.