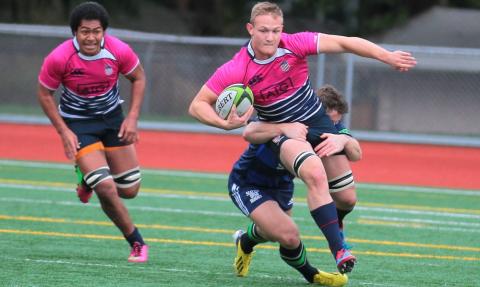 Hanco Germishuys was born in in South Africa but moved to Nebraska with his father in 2004. He began playing club rugby in the United States for West Omaha and was eventually selected to play for the Nebraska All Star Team. In High School, Germishuys was a four-time High School All American, travelling with the team to the USA Sevens invitational.

Germishuys was invited to join the Gloucester Rugby academy on a four-month contract in 2015 and later signed a professional contract with PRO Rugby North America's Denver Stampede in 2016. Later that year, Hanco again was playing with the AIG Men's Junior Americans in the World Rugby U20 Trophy, but this this time as a team captain.

He currently plays for the Austin Huns.