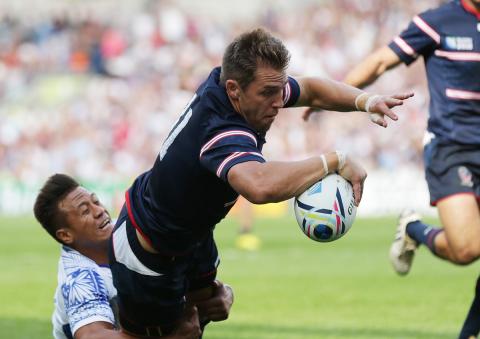 The USA international is no stranger to Saracens having followed the club as a youngster growing up in Harpenden. Born in America, the young Wyles then moved back to the UK with his English parents and developed his rugby skills at Haileybury College in Hertford.

While at university in Nottingham, he also played for the Championship side before a brief spell with Northampton Saints.

He returned to the US but while at the 2007 world cup in France, his performances impressed the then Saracens Head Coach Eddie Jones and he joined the club on secondment from USA Rugby.

He quickly adapted to the pace of the Premiership and he signed a permanent deal with the club at the start of the 2009/10 campaign – a season which was to see him become one of the club’s and Premiership’s most consistent performers.

Having made over 200 appearances for the Club, Wyles has demonstrated his versatility by plying his trade in five different positions in the Saracens backline and continues to be one of Mark McCall’s most dependable players.