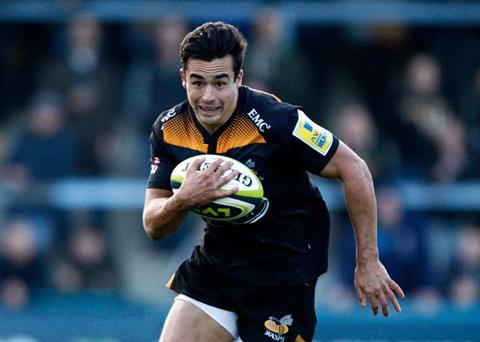 Saracens announced the signing of exciting fly-half Alex Lozowski from rivals Wasps for the beginning of the 2016/17 season.

A classy playmaker who attended Watford Grammar School he is the son of former Wasps and England centre Rob Lozowski.

After Charlie Hodgson hung up his boots Mark McCall wasted little time in swooping for the Wasps fly-half to bolster his playmaking options for the upcoming season.

After a fine season for Yorkshire Carnegie in 2013/14, Lozowski won the club’s Young Player of the Season for his fine form in the No10 shirt. Having previously been part of Wasps’ academy, he returned to Twyford Avenue for the beginning of the 2014/15 season.

After then Wasps N01o Ruaridh Jackson suffered an ACL injury, Lozowski was entrusted with sharing fly-half duties with former Sarries playmaker Andy Goode at the Ricoh Arena. His performances for Wasps that season highlighted his undoubted promise.

He is known for his prowess on the rugby field but Lozowski was equally adept at football, having been a member of Chelsea FC’s academy until he was 16-years old.